As we are all aware 2022 continues to throw up challenges for all of us. Compared to other parts of the world and even other states, at Westminster we have endeavoured to keep things as normal as possible for all our students. However, some things have been beyond our control. Camps have had to be changed and our pastoral times like Assembly, Chapel and House Meetings where we are able to get different year levels together, have been on hold. This is not the normal way that we like to do things, and in a sign of some normality returning, we are hoping to get important activities that add to the quality of School life for the children back up and running.

Late last term we had the chance to congratulate and acknowledge the Year 6 students who were elected into positions of leadership at the end of 2021. We still hope to have a formal Leaders’ Assembly when restrictions allow us to, but this service allowed us to take time to thank the Prep School Leaders for their outstanding leadership effort during a most unusual Term 1.

At Westminster, all Year 6 students are by default the leaders of our part of the school. In the classroom, in the yard, on the stage and on the sporting field, the other students look up to and learn from all Year 6 students. They are the role models and we appreciate the fact very much that this places extra pressure on all of the Year 6s as they need to be very aware of doing the right thing. The Prep School Leaders have so far set a fine example for all their fellow students.

We look forward to your ongoing contribution to the School.

It is always exciting to welcome new students into Westminster. This term we have had Elijah Cash commence in Year 1 and Wesley House and Isaac Chen join Reception and Mace House

As we move into the cooler part of the year families are reminded that students are expected to be dressed in their winter uniform from the beginning of Week 3, Monday 16 May. On days that they have PE, students can come to school in their PE uniform, but on other days the more formal winter uniform should be worn which also includes their Westminster blazer.

During the holidays Hamish Harris (Year 5 Charter) took to the water to compete in the 2022 Victorian Youth Championships conducted by the Royal Yacht Club of Victoria. He competed in the Optimist Intermediate category and finished in first place. An outstanding result and one of which he should be very proud.

Each year our classes seek a parent who might be interested to volunteer to be a Parent Representative. This role involves being the link between the class, the class teacher and the parent body. At times, it also involves arranging the occasional social get-together for the parents and families. I am delighted to advise that after numerous COVID interruptions, we have our Parent Representative group up and running. Sincere thanks to the following Parent Reps.

If you would like contact details for your relevant class representative please email or call Nicole in the Prep Office via Email or T: 08 8276 0218.

Near the end of last term, our older Netball and Football players had the opportunity to dust off their winter sports gear and compete against other schools from our district in a carnival which was hosted here at Westminster.

In a series of matches throughout the day, players were able to be trialled in different positions and start to connect with teammates in preparation for the winter sports season. The trials also allowed for the District SAPSASA coaches to peruse the talent on display from each of the schools and finalise a training squad that will be whittled down to become the district team to compete at the SAPSASA state carnival in August.

In early April our Year 5/6 Netballers got their chance to shine on the netball courts. South West District held their netball carnival trials, involving 11 schools on our Senior School courts. Our netballers had the chance to show their skills while competing as a Westminster team. While scores were not kept, Westminster was a dominant force. It was a great day to be back out enjoying netball and regaining that competitive Westminster spirit. There was a squad selected from this day who will now go on to further trials to make two teams to compete in a carnival later this term. 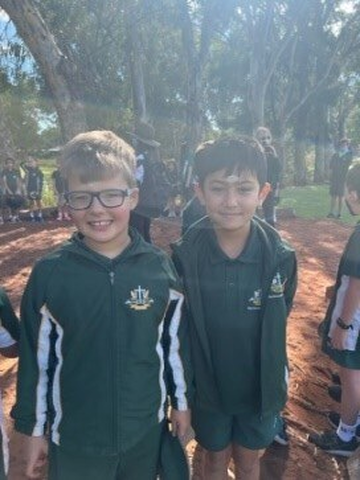 Our Year 3 students were fortunate to be able to experience first-hand all that their Term 1 HASS studies on Aboriginal Cultures provided. They were extremely responsible and mature on their walk to The Living Kaurna Cultural Centre at Marion in Week 10.

The students were Welcomed to Country at the beginning of their exploration sessions, which involved a smoking ceremony. They were also offered the marking of an ochre dot on their forehead or hand. The students had read about this in their studies and it was wonderful for them to be engaged in authentic experiences that they had read about or seen via video links. 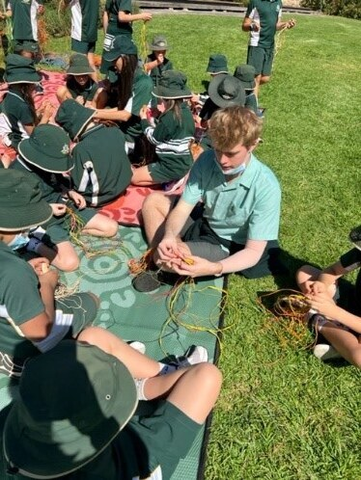 One of the many highlights for the students was learning how to basket weave. Two Aboriginal elders taught the group how to use the raffia and a needle to weave the beginning of baskets. It was quite tricky to begin with, but the students demonstrated great persistence and supported each other as their session continued.

The Year 3 students were also very fortunate to have one of our Indigenous students from the Senior School accompany us on this excursion. Zac’s expertise of basket weaving and Indigenous art was invaluable. He spent his time assisting the students with their creations, which they were able to take home and show to their families. 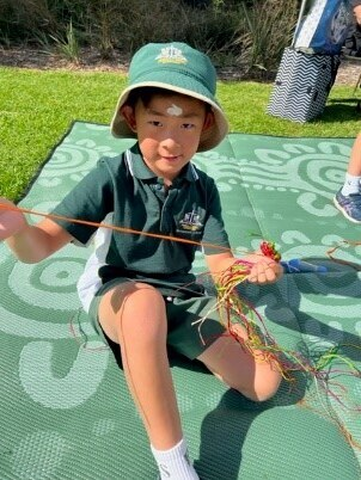 The students all had a fantastic day engaging in tours of the Kaurna land and wetlands, learning more about the Aboriginal culture and creating keepsakes and memories.

Thank you to Mrs Baldwin, Ms Liu, Maddy Freer and Zac O’Donnell for accompanying the Year 3 students and teachers.

As mentioned in the Principal’s email at the end of last term, we are introducing a new app called Bus Minder, which will allow buses to be tracked and provide a new way of purchasing trip tickets.

It is planned we will do a trial run starting next week and this will be on Bus Route E (southern trip to McLaren Vale/Willunga). Consequently, we have been recording names over the past week of students across all services. We will then directly contact those families who will need to know more about Bus Minder and how it works, starting next week with Bus Route E. Once we are satisfied that we understand Bus Minder’s operation and how it will benefit families, we will continue with the rollout for other bus routes, planning to have all services up and running on Bus Minder by the end of Term 2. While this will involve a new ticketing system, all current bus tickets purchased remain valid.

If your child has not been using a bus service over the past week but typically would at some stage during the term, please contact our Community and Communications Manager, Peter Trenorden (’77), E: ptrenorden@westminster.sa.edu.au so that we can ensure you receive your information about Bus Minder. 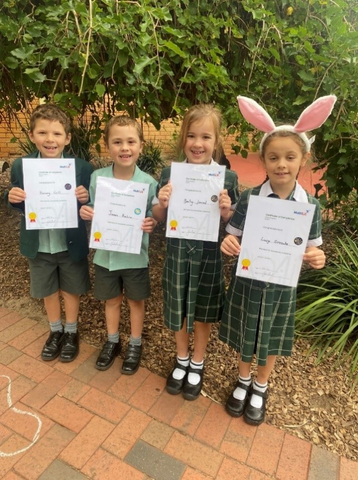 Congratulations to Bailey, Harvey, James and Lucy for completing Level 1 of the MiniLit program!