It is with sadness that we advise that Barrie Bartlett died on 26 November 2018, following a short illness, at the age of 79.

Barrie Bartlett joined Westminster as a part-time teacher in 1964, becoming full-time in 1965 and remaining on staff until his retirement in 2002. He taught Science, Maths, History and English, later being the Librarian (1970 to 1991). In his early days, Barrie was involved in the Boarding Houses as a Resident Master (1965 to 1971) and, for a short period, was Heaslip Housemaster (late 1968 to 1969). He was also involved with both Carter and Kelly Houses as an Assistant Housemaster. 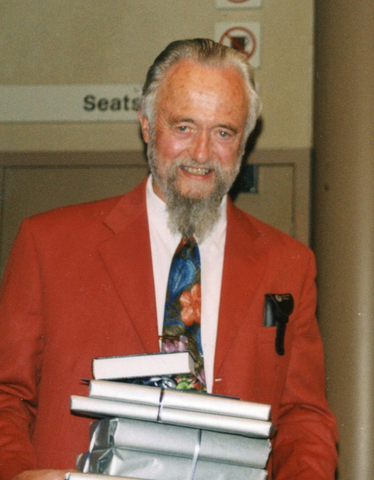 In his last decade on staff, Barrie worked as the School Archivist and Historian (preceding Colin Varley) and the current School Archives collection contains many early documents due to his and Past Staff Member Ruth Edmonds’ diligence and preparedness to retain much of the School’s history.

Following retirement, Barrie was a valued volunteer with Archives and continued to follow the careers of many Old Scholars. We remember Barrie fondly for his fascinating conversations, friendship and commitment to the School. Barrie’s funeral service was held in the Sir Shirley Jeffries Memorial Chapel on Monday 3 December.

So WOSA can best serve our Old Scholars, we will soon be emailing a link to a quick survey to share your thoughts about WOSA and what we do. You will also be able to use this survey to update any contact details. In anticipation, we thank you for taking the time to complete the survey when you receive the link. It will help us with our strategic planning to guide the work of WOSA.

Our Summer 2018 Edition will be out later in December – watch out for it in your mailbox!