Thank you for your nominations for the Sports Pavilion’s Hall of Sporting Fame. Our team is verifying what we can to ensure we have covered our Old Scholar community.

A reminder of our three main categories:

Lists and entries will be displayed digitally in the Sports Pavilion.

In another section, we will be listing our legends of Old Scholar Sport in WOSFC, WOSSC, WOSNA, WOSCC, Westminster Hockey etc.

We are still collecting our nominations so if you have anything to share with us, including a story around your nomination, please email me at os@westminster.sa.edu.au.

Anything of a sporting nature will be considered, which also includes those who have officiated at a high level. 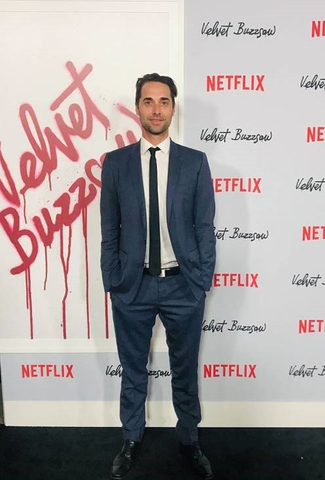 Sound designer Martyn Zub (’95) has been nominated for two Emmy Awards for his work on the ‘Beastie Boys Story’, a 2020 documentary film by Spike Jonze about the lives and friendships of members of the American hip hop band, Beastie Boys. The Emmy winners are due to be announced at an online ceremony on Sunday 20 September. Martyn has been working in the US for some years, specialising in the sound profession and has quite a CV of well-known productions, including Frozen (2013), Nightcrawler (2014) and John Wick (2014), as listed in his IMDB entry.

His nominations for the Beastie Boys Story (Apple TV+) are for:

Check out this interview with Martyn about his nominations and sound design in general: https://www.amny.com/news/sound-designer-martyn-zub-talks-emmy-nomination-and-work-that-went-into-beastie-boys-story/.

We’ve been in contact with Martyn to wish him all the best for these prestigious award nominations and thank his brother, Darren Zub (‘97), for bringing them to our attention!