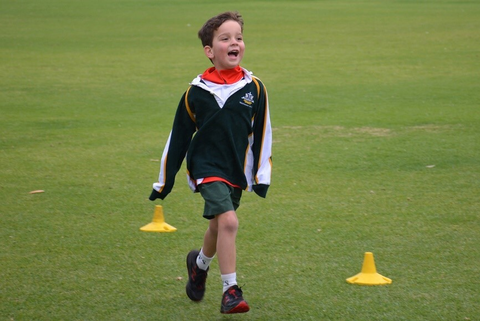 Recently the Prep School conducted our House Cross Country Competition. For the first time, this was a Reception to Year 6 event with our youngest athletes enjoying the challenge of running up to a kilometre around our big green space. The Year 2 fun run was over a distance of 1km, Year 1 students ran 750m, and our very keen Reception children ran 500m.

As has been the pattern in recent years, once we gathered the entire Prep School on the expanses of the Senior School Ovals, the heavens opened. A Cross Country event wouldn’t be the same without a little adversity and the fact that the rest of the School could spectate from the shelter of the Thomas Pavilion made the afternoon far more enjoyable.

As is usually the case, there were some outstanding individual performances and hundreds of children who just did their very best in support of their House.

The Year 6 students are studying migration since Federation as part of the HASS history unit. They are studying many different nationalities’ experiences and stories. The 10 pound POM was a hugely successful campaign to bring the British out to Australia between the 1940-1960 period. During Week 4, the Year 6 students were fortunate enough to have Avril Curl, a 10-pound Pom, come and speak firsthand of her experiences both on the ship, the Ranchi, and her life as a new migrant child in Australia. The students learned many new pieces of information and found it a wonderful experience to learn from a primary resource.

Evelyn Junge (Year 6 Crown) was able to reach new heights recently as she travelled to the 2022 Sports Climbing Youth National Championships in Sydney.

Evelyn was a competitor in Youth Girls D, which is 11 yrs and under. She placed 13th out of 30 in her event, the ‘Boulderjam’. Evelyn was second out of the four SA girls in the event.

Competitors from all states attended the championships and the event was a huge success after two postponed years due to COVID.

Westminster OSHC – The place to be!

As we are looking ahead and striving for excellence in everything we do, we at Westminster OSHC would love the opportunity to develop a Parent Advisory Board. We value and respect the place parents have in their children’s learning and care so, if you would be interested in meeting once a semester to provide feedback and suggestions on how we could improve our service, we would love to hear from you! Please contact Grant Bock or me via Email if this is something you would like to be involved in. We look forward to hearing from you!

For the past many years, we have been fortunate at Westminster to be able to call upon a stable of regular relief teachers when a staff member is unable to come to work for any reason. Recently however there have been two occasions where we have been unable to secure relief teachers and provide the consistency that we strive toward for the children in our classes. Extended absences due to COVID has been the most common cause, and securing the same relief teacher for a week of absence has proven to be a challenge. While these have been tricky times for us I am well aware that we have so far avoided the significant disruptions that many other schools have had to negotiate. Fortunately by calling upon some of our specialists to forgo what would normally be a non-contact period we have managed to navigate a tricky time without too much interruption to the learning program – but it does mean that the staff are very likely to enjoy the chance to recharge over the coming long weekend.

Mrs Ali Barr has had to make a quick dash back to Scotland to visit her father who is unwell. She will still be ‘zooming in’ in the early hours of the morning to keep in touch with staff and programs, but we won't have her with us until mid-August. Fortunately, we have many staff who are capable of stepping up into more senior roles. Ms Emily Rowlands has kindly agreed to take on the Deputy role during this period for three days each week. In another example of the benefit of regular staff, Mrs Kelly Warren will lead 3R for the days each week that Ms Rowlands is carrying out the Deputy tasks. Many of the children have previously had the pleasure of being in Mrs Warren’s class, so they are delighted that they now get the benefit of two great teachers.

Congratulations to Jordan Tucker (Year 7 Clark), Phoenix Kupsch (Year 7 Fereday) and Alexandra Heneker (Year 5 Charter) who have been selected for the School Sport SA 12 Years and Under Swimming team. This team will compete in the School Sport Australia Championships from Friday 19 to Tuesday 23 August 2022 in Brisbane, QLD.

Congratulations to our SAPSASA Football Girl and Boys representatives as both teams were crowned Division 1 winners at the State Championships as the winning district teams. 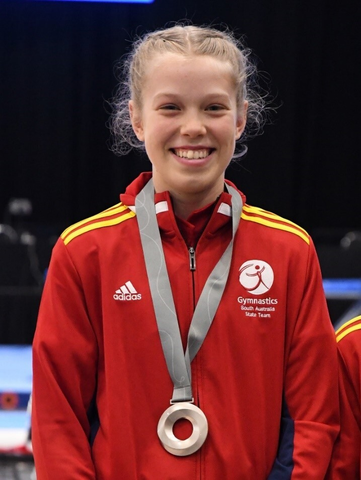 Here is yet another example of the breadth of talent that Westminster students display. Mya Nickels (Year 6 Wesley) did extremely well to receive Silver in the Trampoline State Finals - Synchro with her partner Giselle Grims.

Over the coming month, we extend a warm invitation to all Westminster families to join us for a tour of the stunning new Forder Centre in action during the school day.

Tours will be offered each week during the month of June at 2.30 pm on Tuesday afternoons and 9.00 am on Thursday mornings. Please meet Carly Hocking (’93) and Peter Trenorden (’77) at the Ground Floor of the Forder Centre, adjacent to the Dragon Café. Registration is not required.