During last term we had a number of students from Year 5 and 6 Maths Extension classes, as well as a number of Year 7 students, compete in the Australian Mathematics Competition.

The Australian Mathematics Competition is an Australia-wide competition for students. The problems were designed to test mathematical thinking, and increased in difficulty throughout the competition, allowing the students to be continually challenged.

Nicholas Foster (Year 5 Abbey) received the ‘Best in School’ award for his High Distinction effort in the competition, placing him in the top 3% of Year 5 students in South Australia.

Jenny Xu (Year 7 Charter) won a Prize Certificate as she placed in the top 1% of her year level in the state.

Sebastian Ireland (Year 6 Crown) won the Peter O’Halloran Award for Excellence in the Australian Mathematics Competition for obtaining a perfect score which also places him in the top 1% state wide. Sebastian was also awarded the top student in the School in the Year 7 division.

Congratulations to all the students involved in the competition for their great effort and impressive results.

On Friday 16 November, Westminster School hosted the annual Harry Long Invitational Basketball Tournament. This year 10 schools competed. These schools were Prince Alfred College, Saint Peter’s College, Pembroke, Trinity College, Saint Ignatius, Seymour College, Saint Peter’s Girls and Westminster. Both of our teams did well, with the Westminster boys’ team just missing out on playing in the grand final. The girls however, made it through and played off against Trinity. Trinity ended up taking home the trophy for both the boys' and the girls' teams. Congratulations to Tom Bratkovic (Year 7 Wesley) for winning the Overall Most Valuable Player for the boys, and to Emilia Parkinson-Need (Year 7 Abbey) for coming runner-up in the MVP for the girls. Congratulations to everyone that took part in this tournament and to Mr Dickson for organising such a celebration of basketball.

At a recent conference, I had the pleasure of hearing Australian Child Psychologist Michael Hawton speak about the challenge of parenting. Michael has written a series of parenting articles – not specific to any one age group or schooling sector, but some of what he has written about may be of interest to parents.

Michael (a former teacher himself) has spoken with hundreds of school leaders nationwide through a range of ‘Tough Conversations’ workshops. Based on his close work in the education sector for many decades, Michael believes that far more parents are prematurely jumping in to fix a problem on their child’s behalf than was the case a generation ago.

From time to time I will include an article that may be of interest. They explore how ’jumping in’ to fix a perceived wrong-doing to a child may be:

Hopefully you will enjoy the articles.

To go up to the school, or not? That is the question. 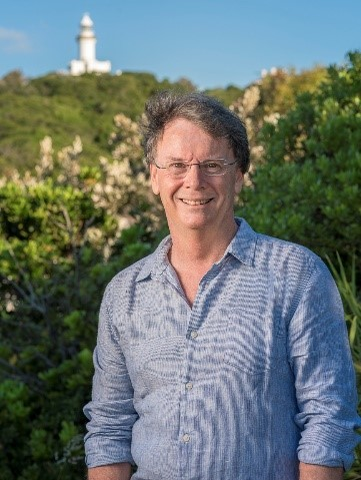 If you have had a child at school for more than a few years, chances are that there have been times when you have considered whether to go up to the school about an issue that is affecting your child. Working out what requires your intervention can be tricky. Sometimes your child’s passionate pleas for you to do something can be persuasive. It might be that your child has been moved from one class to another, or that your son has been denied permission to go on a much-anticipated excursion, or there has been an incident in the playground.

Parents can sometimes feel like they are not parenting properly unless they go to the school to address the problem.

In recent years, Australian schools have been dealing with an increasing number of parents coming to the school. I say this as a result of speaking with hundreds of school leaders across Australia and internationally.

So, what is causing this?

So, how do you decide if an issue warrants your intervention?

First, if your child is in physical or psychological danger then you should intervene.

However, if the issue is not of this magnitude, ask yourself this; what would happen if I didn’t go to the school about this issue?

We can help our children feel more competent by helping them think of some alternative ways to deal with a problem, which empowers them by giving a sense of agency and control.

With this in mind, some issues are worth recognising before you come to the school in search of a remedy on your child’s behalf.

First, recognise that the school must make ‘system’ decisions. While all schools try to follow principles of fairness and equity, it is not always possible to decide matters fairly. There will always be cases where some children will not get the teacher they wanted or be seated close to their friends.

Second, recognise that all school staff aspire towards providing an environment where the best interests of the child are held paramount. While teachers may not have the same attachment to a child that a parent does, the majority of school staff care personally for the children in the school.

Third, recognise that each time a parent jumps in where a problem could be resolved by their child, they may be robbing them of an opportunity to develop resilience skills.

Making a decision about whether or not to go to the school is about assessing the problem and seeing if it can be an opportunity to help your child to learn to manage their emotions, increase resilience and become an independent problem solver.

Who said parenting is easy? In this upcoming series of articles we will explore issues that young people face and how as a parent you can support or, just as importantly, know when to step away.

Michael Hawton is founder of Parentshop, providing education and resources for parents and industry professionals working with children. He has authored two books on child behaviour management: Talk Less Listen More and Engaging Adolescents. You can find more information, including his books and self-paced online parenting courses at www.parentshop.com.au/parent-courses/

Advent and the true meaning of Christmas

Over the next four weeks in the Preparatory School, we will be excitedly preparing for the Christmas season with a focus on Advent. In our Chapel services, assemblies and RAVE classes the students are sharing their thoughts and hopes regarding the birth of Jesus and discovering how Christmas and Advent are celebrated throughout the world.

With this in mind we are again calling for donations of non-perishable food items, Christmas wrapping, gift tags, cards, toys and gifts for families in our community who are in need during this time. The children know that this is an opportunity to show kindness and compassion to others. If your generosity extends to wrapping the gift you have bought, could you please indicate age and gender of the recipient. We will place the items under the Christmas Tree in the Chapel. It would be wonderful if you could support us all in this endeavour so that we can truly help others during what can be a very difficult time for some families. Each year Uniting Care are called upon by more and more families in our community who are struggling to make ends meet, let alone provide for Christmas.

I would respectfully ask that any food donations might be things that your family would enjoy at Christmas time. This probably means that we might try to avoid cans of tuna and beans. Of course, pasta and rice are welcomed, as they are non-perishable and quite delicious. Other necessities such as cereal are also greatly appreciated.

Goods will be donated to Uniting Care who will distribute to those in need. Donations will be collected on Thursday 13 December. Uniting Care are always very grateful to the Westminster community for the very generous donations we give each year. This giving really helps our children ‘walk the walk’ in terms of service and kindness.

We are calling for items that we can recycle as part of Westminster’s “War on Waste” project.

This project is part of the Years 8 to 10 classes week of STEAM activities with a focus on reducing, reusing and recycling. The students will be making everything from superhero capes for children in hospitals, musical instruments from a variety of rubbish items and creating original artworks.

Can you please send any of the following items in with your children over the next week – a good chance to have a spring clean!

Items can be left at Main Reception or at the Prep School Office.