What an amazing few weeks we have had in the Preparatory School. We have hosted a huge number of visitors to our School and have celebrated our Dads, Grandparents and Special Friends. In the lead up to Fathers’ Day, the Forder Centre became a pop-up restaurant where breakfast was served for around 400 students, dads, uncles, grandads and other positive male role models. These special mornings allowed the visitors to enjoy a delicious start before touring the classrooms and school with their very own tour guide.

On Friday of the same week, we welcomed around 500 grandparents and very special friends to our school. We held an assembly to welcome them, where a variety of students from across the year levels presented an item that they had been working on in class. There was music, public speaking, Japanese and singing. Following the assembly, the visitors enjoyed morning tea before exploring the School. The Haslam Library was a very popular destination and many of the visitors elected to donate a book to be added to the Haslam Library collection.

I would like to express my appreciation to Michelle Green, Jess Koukourou, Karen Kupke and the team of eager volunteers that form the Parents’ Club at Westminster who gave up their time on three consecutive days. Their hospitality helped ensure that the visitors left feeling very valued. Similarly, the team from Catercare, well organised by Mark White, prepared an amazing array of breakfast treats and the morning tea for our Grandparents’ Day was extremely popular. Our Prep Library, Music, teaching and admin staff, together with the Property Services and MMC staff also deserve our thanks. Thank you for the part you played in making the week a very special one.

Over the next few weeks the Preparatory School will be giving some of our students the opportunity to experience a number of exciting tours. In Week 9 our Music Tour heads to Port Vincent and the surrounding areas to perform to some of the local schools.

In Week 10 we have 26 students and four staff heading off on a Cultural Tour of Japan. They will spend time in Kyoai Gakuen Primary School, Joestu Elementary School and University, and Tamagawa Academy. Westminster Preparatory School has had a close relationship with these schools over the past 10 years and it will be exciting to visit them again. The Japan Tour finishes with a tour of Tokyo and a few days in Disney.

Further to an article published last term in the eNews regarding the changing nature of teaching spelling in the Preparatory School, I wanted to provide some tools to help parents and caregivers in helping with talking about spelling at home.

In lessons we talk to students about the fact that it is not a spelling lesson but rather a lesson where we are studying the English language, being linguists. Lessons are focused on word study and students are encouraged to reflect on words, look at their construction and use technical terms to describe the construction of words. We talk about the use of strategies, rather than ‘rules’ as there are often exceptions to the rules. During lessons students are encouraged to think about spelling after lessons by asking the question “How can I use these strategies?”.

Below are some further strategies and technical language to assist communications about spelling at home.

Phonogram – A phonogram is a single unit of sound. A multiple phonogram is two or more letters together making one sound.

ă – This letter has a breve above it. A breve indicates that the vowel will make a short sound.

ā – This letter has a macron above it. A macron indicates that the vowel will make a long sound or say the letter name.

Silent final e – The silent final e has five jobs. One of its jobs it to make the vowel say its long name. E.g. tale, these, bike, poke, cute. This strategy helps to spell and read thousands of words.

When w or wh are followed by an a, they usually make the a say /o/, e.g. was, wash, wand, want, what. This strategy helps with spelling at least 60 words.

Next time your child asks how to spell a word, ask them “Is there a strategy you can use?”. This will assist them to become a more independent reader and writer.

Recently some of our Years 3 and 4 students competed in the Australian Mathematics Competition. Many of our students did incredibly well with seven individuals achieving ‘Distinctions’. The following students achieved this level: 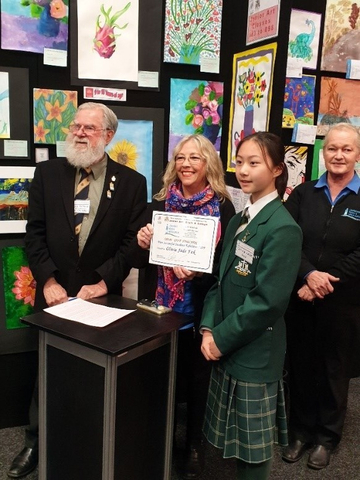 Olivia Fok (Year 6 Mace) has once again been successful in being awarded the medal for the Most Successful Junior Exhibitor (aged five to 21 years) in the Art and Craft area at this year’s Royal Adelaide Show. Having gained the same award in 2018, it is a wonderful achievement to receive back to back awards and a well-deserved acknowledgement of her outstanding skills in the Art area. This award marks the third year running that a Westminster student has taken out the prize. In 2017, Seven Ding (Year 6 Wyvern) was also awarded the medal. Both Olivia and Seven are part of an Extension Art group who are working towards an exhibition to be held in the Michael Murray Centre in November this year. 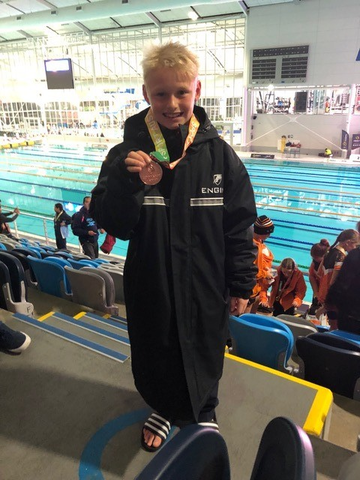 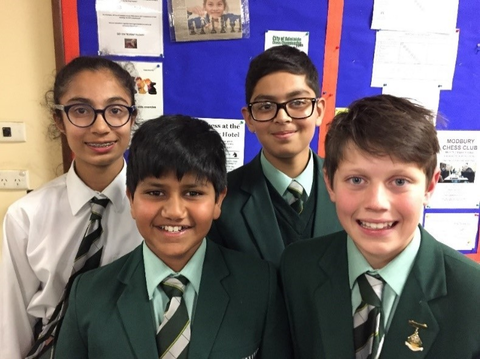 Over the last two seasons the following students have participated in the Senior School Chess competition at the Chess Centre on a Friday night - Suhavi Sethi (Year 6 Crown), Yajat Singh (Year 6 Wyvern), Ethan Williams (Year 6 Abbey) and Devansh Singhal (Year 5 Wyvern). This year they improved on their 2018 performances to finish sixth out of 19 teams in a competition dominated by Year 11 and 12 students. Taking part as a Primary ‘wild card’ entry, they have surpassed all expectations.

In the future we hope that they continue to develop these already finely tuned skills. It has been a privilege to be part of this journey.