Ready for the next stage…

Over the past month, I have had the opportunity to meet with the children who are finishing their time in the Early Learning Centre and will be moving into our mid-year or Transition classes from the beginning of Term 3. I find these ‘interviews’ to be most enjoyable and the interactions range from the young student being full of stories to share, to those who are too shy to leave mum or dad’s lap. Recently we had the opportunity to celebrate the end of their time in the Early Learning Centre with the students who will be moving on to full-time school for the second half of this year. 31 of these students will be forming the two Westminster Transition classes. The graduation ceremony involved the children sharing some songs, receiving their certificates as well as a folder (or folders) full of their work completed over their time in the ELC. Hopefully, their remaining days at the Early Learning Centre are enjoyable and they are excited for what life in ‘big school’ will have in store for them.

A true celebration of inquiry learning was showcased in the Mathwin Centre on Friday 18 June. Parents were invited to view a ‘People-scape’ demonstrating the significant contributions migrants have made to Australian society. It was lovely to see the buzz of excitement created by students sharing their learning in rich conversations with their parents.

Through critical and creative thinking routines, the students were able to make many connections with their migrant. They showed great pride and joy in presenting their work. Many staff and parents commented on the student’s engagement with their inquiry. It was an inspiring occasion and the students had a great time researching and designing their exhibit.

Due to the ongoing pandemic, the team could not travel to Massachusetts to compete with other international teams. Instead, they used a virtual platform to compete from Westminster last Friday. Unfortunately, due to illness, Georgie Burt was unable to compete in the competition and Kate Cao from Year 6 was thankfully available to join the team.

The team worked well on a future scenario about neurotechnology and the ethics of brain implants. They completed the competition within the timeframe and solved the problem by inventing a genetically modified plant-based serum to aid the recovery from mental health illnesses while the person sleeps, therefore reducing the risk of side effects.

The evaluators gave the team some very positive feedback about their competition booklet and their capacity to work as a team. They placed 19th overall out of 60 teams competing – an amazing effort on a global scale!

The Student Representative Council (SRC) gives our students the opportunity to have a voice in decisions made across the school for our students. They represent the views of their class and design ways to improve the learning experience for all students. Congratulations to all reps listed below for being selected by their class for this important position.

On Casuals Day last week, we held our first SRC meeting for 2021. We discussed the importance of their role as class representatives, our focus on sustainability, developing service to others and creating ways to further develop our links to the local community. The reps voted on some important decisions and already have lots of great suggestions! The SRC will be involved in some fun and exciting projects in Semester 2 and will work closely with our School Leaders. The representatives from each class will be officially welcomed to the SRC at a special whole Preparatory School Assembly at the start of Term 3.

The Turning Circles are for turning

In an effort to keep traffic moving and limit frustrating scenarios can I please remind parents who choose to drive onto the school grounds that it is important to be considerate of others. One aspect that is causing frustration is when parents park in what is designed to be a turning circle. Sometimes this is even happening when parks are readily available nearby. Parking in the turning circle just causes blockages that are unnecessary and potentially dangerous for small children crossing roadways. An alternative is to park off of the school grounds as fortunately very few of our students are unable to walk to the front gate.

Throughout this term, all of the students in Year 6 have prepared and presented a three to four minute speech to the members of their House. The staff in each House then selected a representative to go on and represent the House in the final. Our adjudicators for the final were our Director of Learning, Ms Andrea Sherwood and Deputy of Junior Primary, Mr Danny Page.

Lachlan Dyer was the first speaker representing Mace House. He shared with the audience the experience of having grommets implanted to help his hearing from the tender age of two years. He was very well qualified to comment on this as he has unfortunately been through the process multiple times over the years.

Ellie Rosser (Abbey) told the audience about an adventure that she and her family had on a bushwalk when descending from Mt Remarkable. Choosing an alternate ‘shortcut’ path seemed like a good idea at the time but turned out to be less than straightforward. It was the ‘road less travelled’ for good reason.

Aryan Kohli (Wesley) in a very entertaining and amusing speech gave the students in the audience some excellent tips on how to make the worst possible House Talk.

Hamish Kolb (Wyvern) took a more educative approach and explained a moment in history when the Australian Government declared ‘war’ on the burgeoning emu population in Western Australia. An attempt to decrease the population turned out to be both very expensive and very unsuccessful.

The speaker representing Crown House was Max Junge who explained some helpful tips for anyone who has feelings of anxiety – especially relevant when having to stand up in front of 350 peers to deliver a House Talk!

Charter’s speaker was Thinus Janse van Rensburg who took us on a journey to his homeland and gave the audience a glimpse of how beautiful the landscape and animals of South Africa are.

While all of the speakers were commended on their selection to represent their peers and their performance in the final, it was slightly ironic that Aryan was declared the winner, given that his topic was how to fail in this arena. Thinus was awarded the honourable mention.

Mr Thompson recently accompanied a team of athletes to the SA Schools Cross Country Championships conducted at Oakbank Racecourse. We had many students perform very well – a testament to the fact that most of them are regular attendees at our before school Running Club sessions. 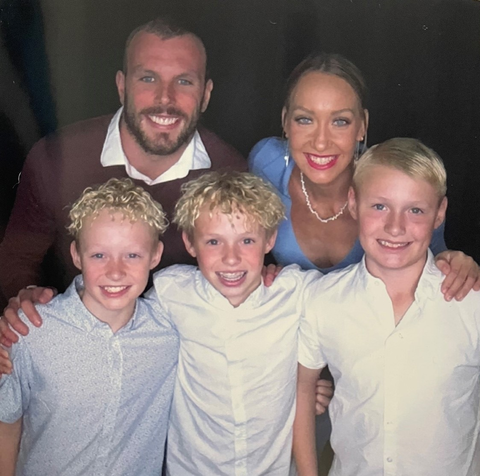 In the last edition of the eNews I mentioned the fact that two of our girls did very well at the Marion Swimming Club Championships and also got to meet an idol. Not to be outdone, Jordan Tucker (Year 6 Wyvern) came 2nd in his 11-year-old age group and his brother Axel (Year 7 Clark) came 3rd in his 12-year-old age group. An impressive result given he has missed a lot of pool time with a broken arm. This is a photo the boys will treasure for a long time. Jordan, Sebastian (Year 8 Clark) and Axel with Kyle Chalmers and Maddie Wilson, Olympic swimmers at Marion for the National Olympic Trials. 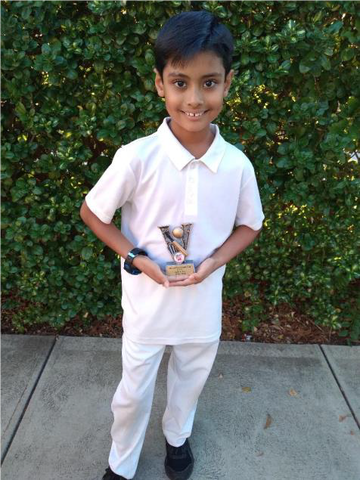 Congratulations to Haider Imran (Year 5 Wesley) who has enjoyed a successful cricket season once again this year after taking 14 wickets during his season with Mitchell Park Under 10s. This flows on from his best spin bowler award for the 2019/20 season.

It was a great introduction for many of our girls to football and they all had a wonderful day.

A reminder that Code Camp will soon be up and running again at Westminster. These holidays we’ll be running:

The camps are now available to book via www.codecamp.com.au/westminster.