'The Turn of the Screw' - State Opera Company of SA

Year 7 student Max Junge performed in the State Opera Company of South Australia's production of The Turn of the Screw last week, an extremely difficult opera composed by Benjamin Britten. In an ensemble cast of seven, Max played the role of Miles, an orphan who is cared for by a Governess in a manor house in the English countryside. Regarded by many as the finest of Benjamin Britten’s stage works, The Turn of the Screw is based on the novel of the same name by Henry James: a tale of striking contrasts between good and evil, natural and supernatural, mortal and other-worldly.

Speaking of Max's performance, our Head of Girls' Boarding Jane Edwards said, "Max’s performance is essentially like playing for Australia for a young singer. His performance was beyond amazing – it was perfection! ... It was a phenomenal performance on the biggest stage in SA. He was also musically directed by one of the biggest opera names in Australia."

Congratulations to Max on this amazing achievement and we look forward to future productions.

Below is an overview from the State Opera Company of SA. 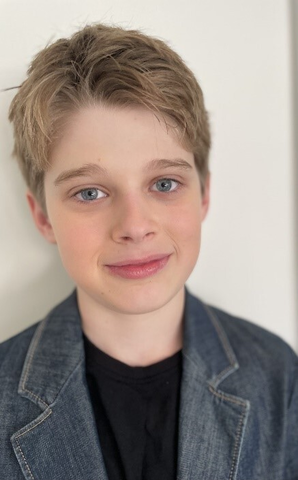 Max is 12 years old and has had a passion for singing classical music since he joined his first choir at the age of four.

He currently sings in Young Adelaide Voices’ First Concert Choir, having previously sung with Gondwana Choirs at their National Choral School. Max commenced classical voice and piano lessons at the age of 7 and has been mentored by some exceptional teachers. He has performed in many professional, community and school productions as both a soloist and chorister. Max has also enjoyed success in numerous Eisteddfods.

What a wonderful night of music last Wednesday at the Governor Hindmarsh Hotel for the Westminster Music Department's first gig of the year. All of the ensembles were well received by a very large, enthusiastic and supportive audience. It seemed as though the patrons enjoyed the performances as much as the students who performed for them.

Congratulations to all students who performed and everyone who made the event possible. Many thanks to everyone who came along to enjoy the evening. It was wonderful to play some live music once again.

Term 2 started by welcoming all of our students to the new Forder Centre. For Music it has been 18 months of displacement and rehearsals all over the school, so it was a very welcome start to the term having everyone under one roof in our beautiful new facility.

Tuesday 2 May saw the usual start to the school day with three ensembles rehearsing at 7.30 am followed by a full day of instrumental tuition, including running our Year 5 immersion program. Many students from Years 7 to 12 were able to walk through the facility while all this was occurring and throughout the week we were constantly visited by many different fractions across the school.

The staff and students are really enjoying the new teaching spaces and will very soon start with some smaller performances for our community to enjoy. To help with the smooth running of storage and rehearsals students please note the following.

All students are asked to have an ID tag on their instrument case. The Friends of Music have created some tags which are free and students are welcome to use. These can be collected from Donna Dunbar. However, if you prefer your own bag tag that’s fine. Whether it’s a school instrument or a personally owned instrument we ask that ALL students have an ID tag with their name and perhaps a contact number.

All students are asked to be at morning rehearsals by 7.20 am. This means inside the building by that time. Each group only rehearses once per week so rehearsal time is precious.Students also have to be released from rehearsal to be on time for morning tutor period which effectively means we have just over an hour to rehearse/practice.

Students who are late to rehearsal disrupt the ensemble and some students take some time to settle in to the rehearsal. Punctuality helps students organisation and focus and helps contribute to a positive rehearsal and team environment.

Thank you for your support with these two issues.

Below is a picture of the Prep Concert Band in the first rehearsal of the term in studio 2, complete with an amazing view through the windows behind them.