Congratulations to Max Junge (Year 5 Crown) who received A+ (High Distinction) for his AMEB Grade 4 Singing exam (Comprehensive). Thank you to Ms Chris Gould for her help with his preparation and the exam.

Sing Sing Sing took on a very different format this year due to COVID restrictions. Previously held at the end of Term 2 and running as a single concert with the grand finale of 250 students on stage (representing all choirs in the school), we ran two separate concerts this year and live-streamed the event. A big thanks to Mr Darren McLachlan for his constant support in filming and live streaming (not only in music but across the School).

Thanks to all who were able to attend this event and a number who watched online, especially for your well-considered feedback and notes of gratitude. Congratulations to all students who took part in this event; to our choir directors, accompanists and musicians who all contributed to a very enjoyable concert. Thanks finally to Chris Gould for her work in organising two concerts on the same evening.

The Year 8 Music class invited parents and family members to “a journey through Year 8 music” concert. The concert featured music from the very first lesson of the year and demonstrated the journey and progression through each piece of music the students played that involved different styles, textures and complexities as the students improved their technique and ability on their individual instruments. A number of Year 8 students performed improvised solos over a blues progression including Summer, Leo, Luke, Aiden, Will, Matteo, Nik, Seb and Sarah.

The Year 8 class successfully demonstrated their development as a band, performing some challenging repertoire. Many thanks to the parents and families who came along to hear the students perform. Thank you also to Ms Kellie Lenger and Ms Chris Gould for the efforts and guidance with our students.

The last of the recordings for ABODA SA (the South Australian Band and Orchestra Festival) were held this week. Normally held live here at Westminster over three full days, this year's online festival saw nine different ensembles take the stage. Once again Mr Darren McLachlan was on hand to video the performances for uploading. The videos will all be sent off for adjudication and final results will be published in Week 10 of this term. It certainly has been a very different experience performing to a camera with no audience, but a worthwhile exercise nevertheless.

On Thursday 27 August the Senior Jazz Ensemble, Year 7/8 Rock Band, Middle School Rock Band and Senior Rock Band all performed at The Jade on Flinders Street in Adelaide. It was encouraging to perform outside of the school for the first time this year. Congratulations to all the students involved and thank you to all who attended to support our talented performers.

As we are still bound by restrictions to audience numbers this year we will run two shorter events for Music Night. Details are below.

Tickets are now on sale through www.trybooking.com/BKXOD. Tickets are limited at this stage to 250 per night.

Recently AHOMINGS (the Association of Heads of Music in Non-Government Schools) expanded their award presentations to include some of the instrumental staff who work in various capacities in Private schools in South Australia. Congratulations to two of our long-serving staff who were acknowledged at this ceremony under the following categories. 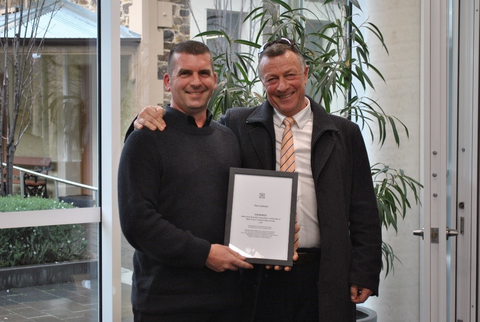 This award focuses on the nominee’s noteworthy contribution from 10 years or more long service, to the provision of quality music education in the context within which he/she is working, as demonstrated by the following criteria:

Paul has taught in the Independent system for many years and at Westminster for the last 12 years. He teaches bass and guitar, is involved in the Year 5, 6 and 7 classroom programs, plays bass at many of the school functions throughout the year and has been involved in the Prep School Music Tour and Generations in Jazz. Congratulations to Paul for the recognition of all of his hard work. 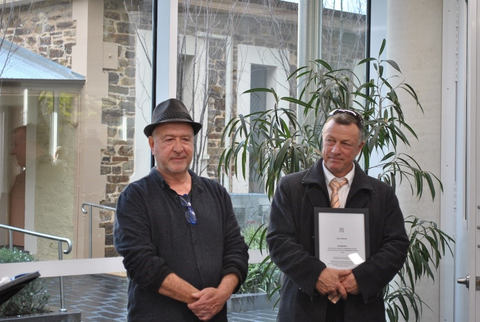 This award focuses on the nominee’s noteworthy contribution from 15 years or more long service, to the provision of quality music education in the context within which they are working, as demonstrated by the following criteria:

Dave started teaching guitar at Westminster in 1997 and has taught guitar to beginners right through to stage 2 level guitar. Many of his students have taken part in the Big Band program and have become confident soloists and highly proficient guitarists. Congratulations to Dave for the recognition of all of his hard work.